Back to the Island

I flew to Pelee Island today to meet up with Ken and my parents.  The day was fairly slow but we did get one really awesome bird- a very unexpected Purple Sandpiper!  Amazingly, this is my third spring Purple Sandpiper, with another bird that I found at Alfred Sewage Lagoons last spring (May 28), and one bird at Cobourg Harbour on May 29, 2009. Here are some pics of today's bird: 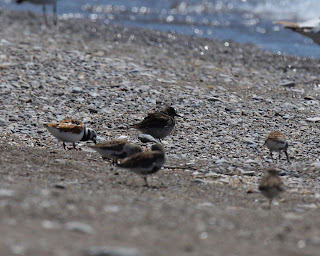 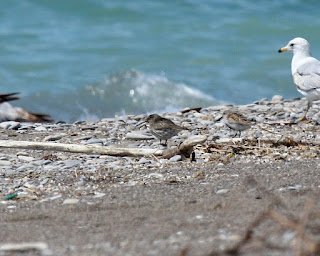 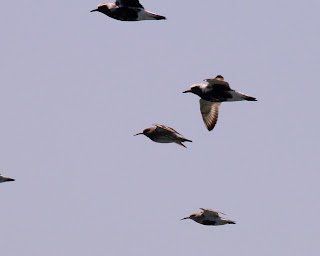 Purple Sandpiper is much more likely in late fall, and much more likely further east in Ontario (Presqu'ile and Niagara in November/December are the traditional times/locations.  Interestingly, Michael Butler had another spring Purple Sandpiper about a week ago. There was some speculation that that bird may have overwintered on Lake Superior.  Today's bird was definitely traveling with a flock of newly arrived shorebirds.

Since it was nice and sunny I was hoping for some interesting insects.  The winds were wrong but there was a nice variety of expected butterflies with the "best" being this Gray Hairstreak: 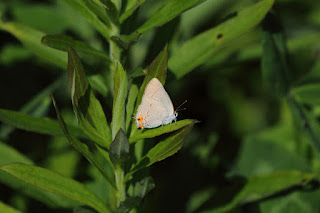 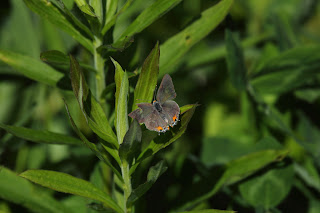 Here's the full eBird checklist for today on the island. And who could resist posting a photo of a Fox Squirrel: 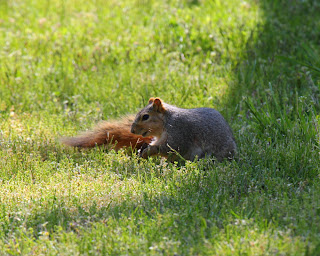 Posted by Mike Burrell at 20:07 No comments: