The 2015 Burrell family birdathon was held on May 11...we had a great day birding the Pelee area with a dash to Blenheim and Lake St. Clair. Below is the [redacted] official write-up. If you want the full details, you'll have to put up some money for bird conservation :)

Monday, May 11th the 4 of us (Carol, Ken, Mike and Jim) were up before the sun to get the day started. We began our day by making a quick stop at the Days Inn to pick up displaying _______, before bee-lining it to the Visitor Centre at Point Pelee National Park and catching the first tram to the tip (6:00 am).

When we arrived at the tip it was calm, about 70% clouded and 17° C out: a good day to be out and about! Our first sign of good things to come was a ____ landing in front of us almost as soon as we got off the tram. Our luck continued as we approached the extreme Tip as there was a light “reverse migration” taking place. We set up here and spent the next two hours identifying ___ and a whole host of other species in flight. Our efforts were well-rewarded with flybys of ____, ____, and best of all a young male ____, not to mention many species of ____ and ____. By 8:00 am we decided to move north to search for a ____ that had been found earlier on the west beach footpath. 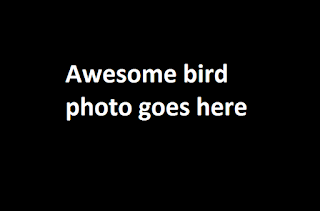 On our way north we stumbled upon a ____ and our first ____ of the day. A short while later we heard some shouting to our south, looked up and saw an ___ flying directly overhead with a ____! The ____ was photographed just minutes earlier at the very tip and was identified from those photos as a ____ - a new Ontario species for everyone except Ken. Feeling pretty good we traveled a bit further north and came across our target - a large crowd of birders was watching the ____ feeding at their feet! We grabbed some great looks and moved on to make room for more eager observers. By this time it was 9:00 am and we already had some great birds and a total of ___ species…it was time to move into the more sheltered parts of the park.

After a nutrition break at the VC we made a quick check of the west beach to see if we could find a previously reported ____. As if on queue, before we even arrived at “the spot” it flew up and perched in the open for us to see!

From here it was decided to walk the trails around the VC and Tilden’s Woods. This area was also quite productive. Here we added an ____ calling and sunning itself, ____, and our first ____ and ____, plus great looks at a ____, bringing us to ___ species before the clock even struck noon.

By 2:00 pm our bird list was growing slowly (sitting at ___) so we left the Park and headed for the Onion Fields just to the north. This area usually produces some interesting birds feeding among the newly planted and not tilled land. We did pretty good by adding ____, ____ (flew across the road in front of us and landed in a field beside us), ____ and best of all a breeding-plumaged ____ (a very rare ____). By this time the sky was beginning to cloud and the wind was picking up. The local weather station was warning of possible tornados. We headed straight for Hillman Marsh ahead of the weather.

At 5:00 pm we made a short visit to Wheatley Harbour and then to Wheatley to get our pizza for supper. While eating and driving east we managed to spot a ____ just outside of Erieau, and then the storm hit with hard, driving rain. We made our way to Blenheim Sewage Lagoons. The rain let up and blue sky followed. At the Lagoons we did well again. Not long after entering Ken said “what’s that?”- we looked up and saw an ____ coming in from the north. It made several circles over the lagoons before heading south. With good views in the scope we were able to identify it as a ____ – not even new for the day!  Based on some feather damage on its right wing, we suspect this was the same individual we had seen some 10 hours earlier and 60 km away! Despite the ____ not being new for the day list we did add ____, ____, ____, ____ and ____ bringing our total to ___.

It was a great day: ___ species, good company and lots of birdy conversation.

Thank you for sponsoring us and helping bird conservation. If you haven’t paid your pledge yet you may send us a cheque payable to Bird Studies Canada or pay online at http://birdscanada.kintera.org/birdathon/mikeburrell.