A couple weekends ago Ken and my Dad and I headed north to do some Breeding Bird Surveys. Two of the routes Ken and my Dad had done last year and the third was a new one we were going to set up. Our three routes were all in northeastern Ontario - two northeast of Cochrane and one northwest of Elk Lake. Here's a map showing all fifty stops of each route:


As you can see, we got pretty well as far north as roads can take you in northeastern Ontario. We even made a "detour" to see the end of the road:
This was a great chance to get up to some real boreal habitats and enjoy some of the birds (and a few other things). Here's my Dad and Ken setting up for our first night: 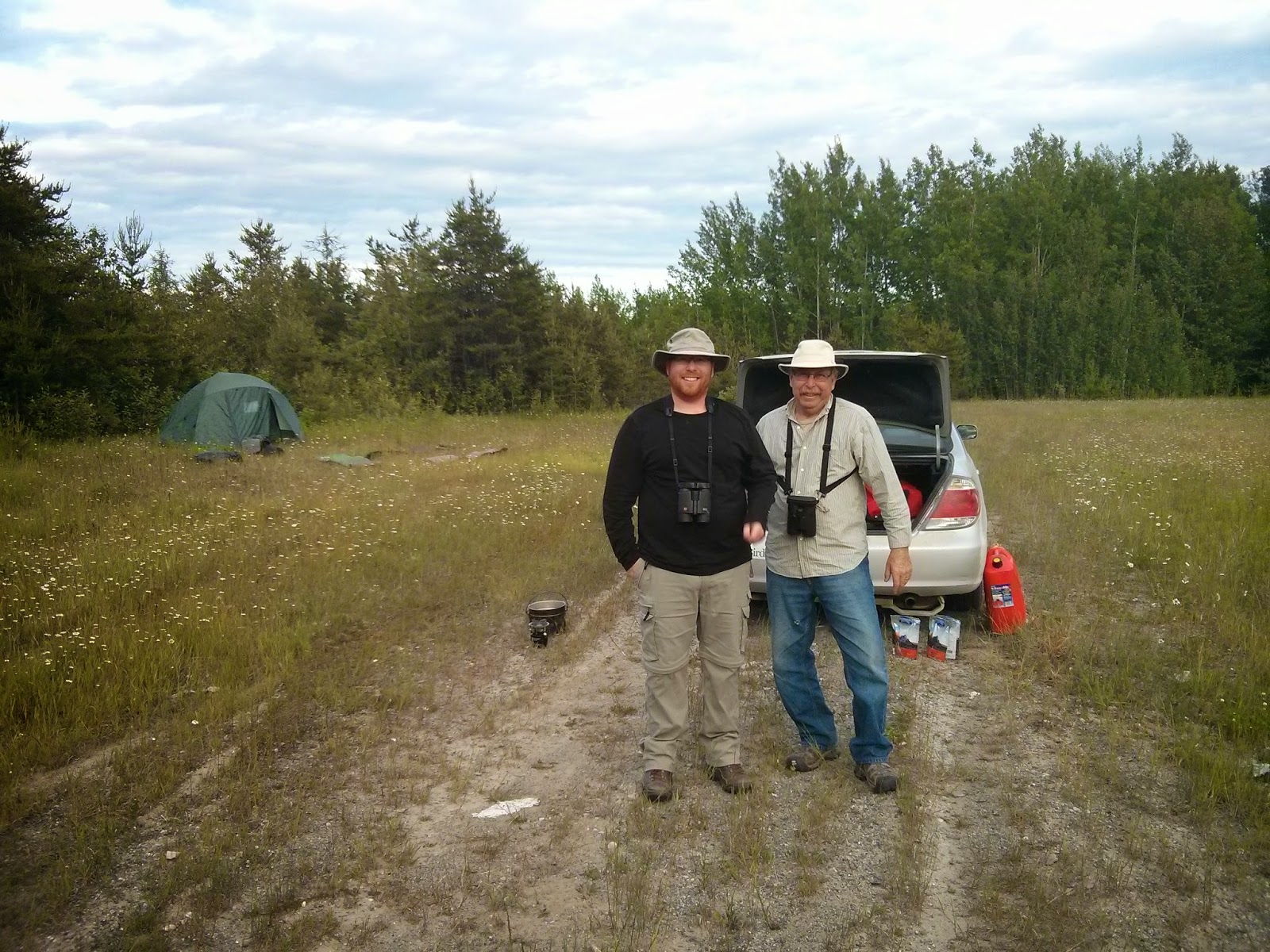 And here's a shot of a beautiful boreal wetland. Last year Ken and my Dad had a pair of Greater Yellowlegs here (not this year, though we did have some elsewhere).
The photo above is a bit deceiving as that was the only nice sunny time we had. The rest of the trip was quite grey with frequent rain. Luckily the weather cooperated for the the bird surveys each morning.

Most of the birding on the BBS is done by ear, but we did see a few birds too :) below is a female Ruffed Grouse that was carefully guiding her young across the road.
We saw several females with young of Ruffed and also Spruce Grouse. Here's a momma Spruce Grouse:

And here's a shot of a young Spruce Grouse. I'm always surprised to see such small grouse chicks fly.
There are a couple species of shorebirds that breed in the boreal forest (besides Killdeer and Spotted Sandpipers that also breed in southern Ontario). We were lucky to find several pairs of Greater Yellowlegs and even one Solitary Sandpiper. Both species were extremely vocal/agitated suggesting probable nests/young nearby.
Despite the mostly crappy weather I did see a few interesting insects too. I saw several large "ringed" type Somatochlora emeralds, but unfortunately wasn't successful in catching any (I did catch a Williamson's Emerald but that was pretty disappointing considering all the other species it could have been). Here are a couple highlights for a southern Ontario guy:
All through the trip I was checking out the flowering Evening Primrose, hoping to find some primrose moths. Finally, near Elk Lake we found a few: 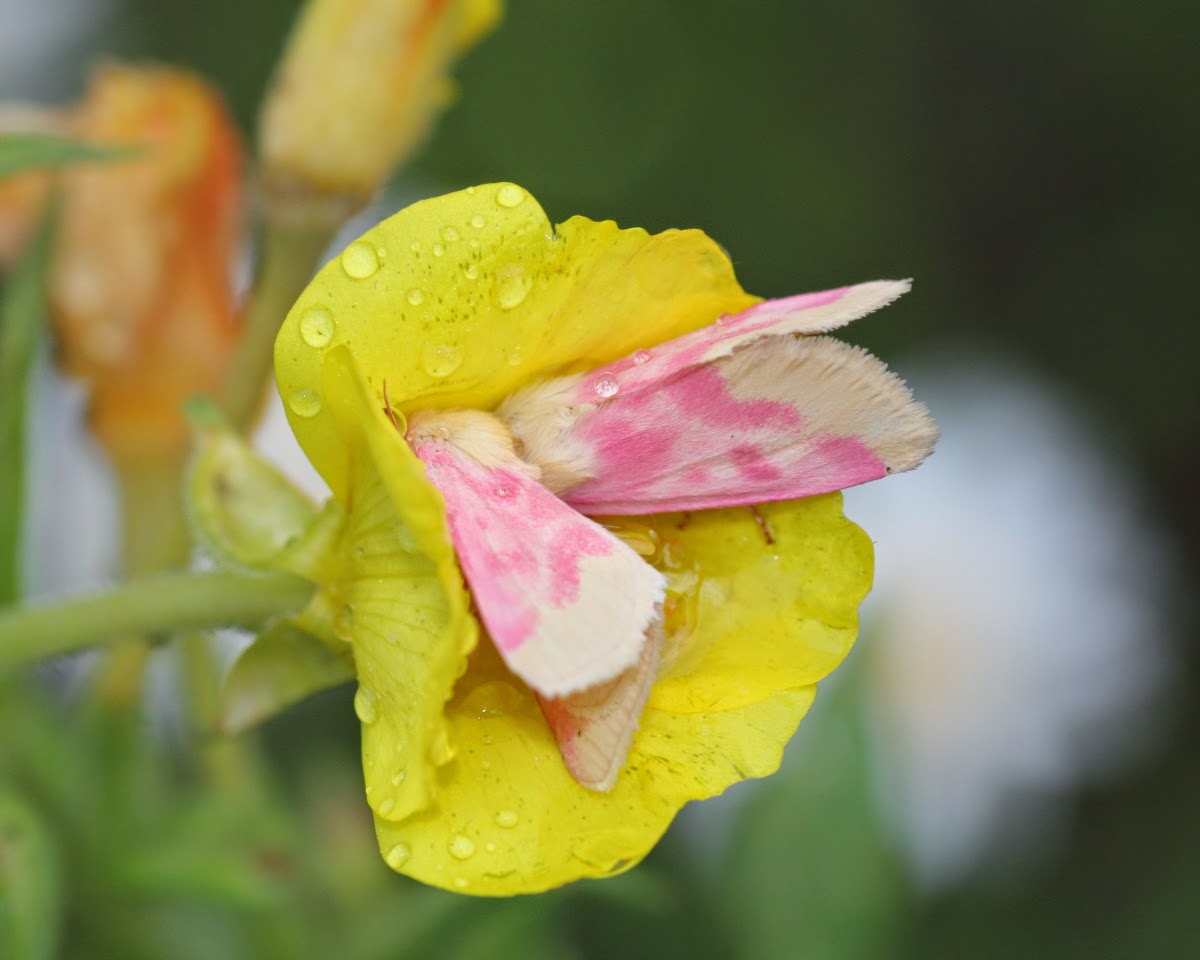 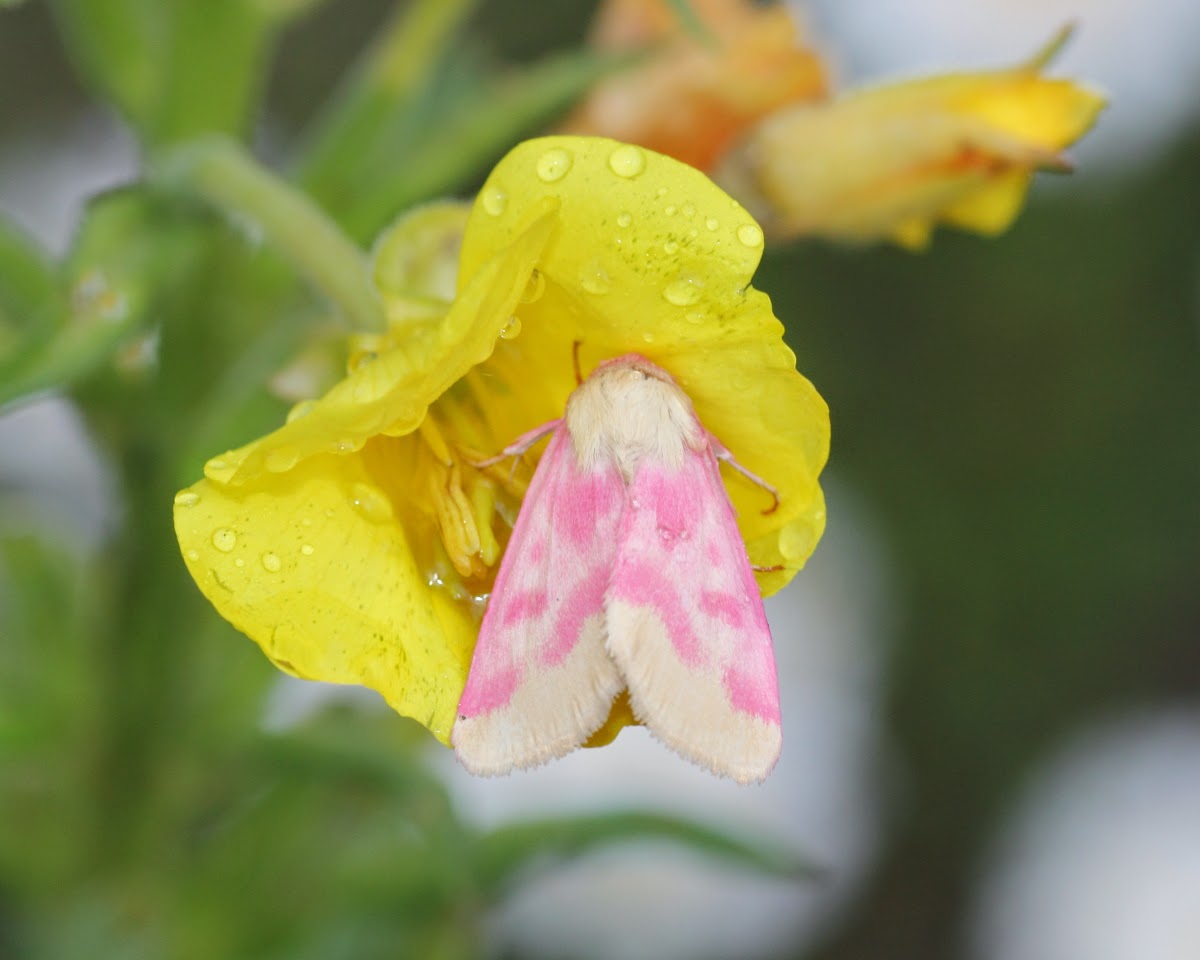 This was early in the morning and quite overcast, so the flowers hadn't shut yet. Normally, the flowers of Evening Primrose close during the day, providing a convenient day time roost for the moths that bear the same name. At night, when the flowers open, the moths feed on the nectar and serve as important pollinators for the plant.

Anyways, here are the combined results from the three BBS surveys. The top five species were White-throated Sparrow, Nashville Warbler, Red-eyed Vireo, Hermit Thrush, and Magnolia Warbler; all of which were detected on more than 50% of the stops.