Connecticut Warbler (from late May)

On May 25 Ken and I birded Long Point which was a pretty good day (see the report here) - as we were coming back to my parents place my Dad texted us to let us know that Ted Cheskey had found a Connecticut Warbler in the north end of Waterloo - a really good bird for inland southern Ontario. So after dinner I went out to try my luck. After wandering around for a good 45 minutes I finally came to the spot that fit the description of where Ted had found the bird earlier in the day and after a short wait a Connecticut Warbler started singing not 10 metres in front of me!

Now if you know much about Connecticut Warblers you'll know they can be notoriously hard to see and this one was no different. For a good 20 minutes the bird sang loudly directly in front of me but despite slowly getting closer and closer (to just a few metres!) I couldn't see it....I finally decided it was time to try a different tactic, so I put my binoculars up and tried scanning the thick vegetation where the bird was singing. Almost immediately the bird decided it was time to move about 20 metres away. Luckily, it continued singing non-stop so I restarted my search to see the songster. I crept closer and closer until it sounded like it was head height about 5 metres away, but I still couldn't see it! There was an apple tree between me and where I thought it was so I decided it was time for desperate measures - crawling. I got on my hands and knees and slowly crawled another metre or two closer and finally I got sight of some movement. 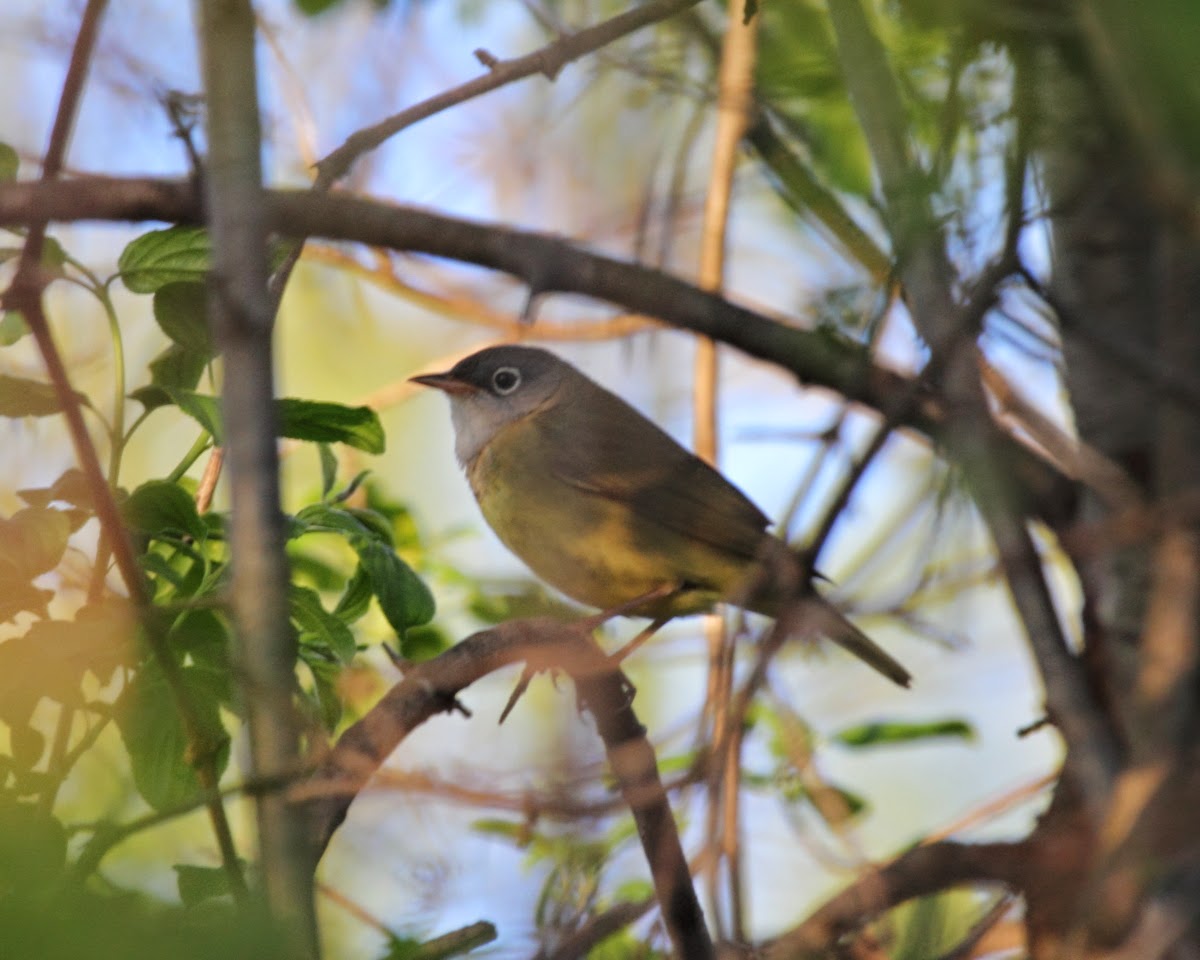 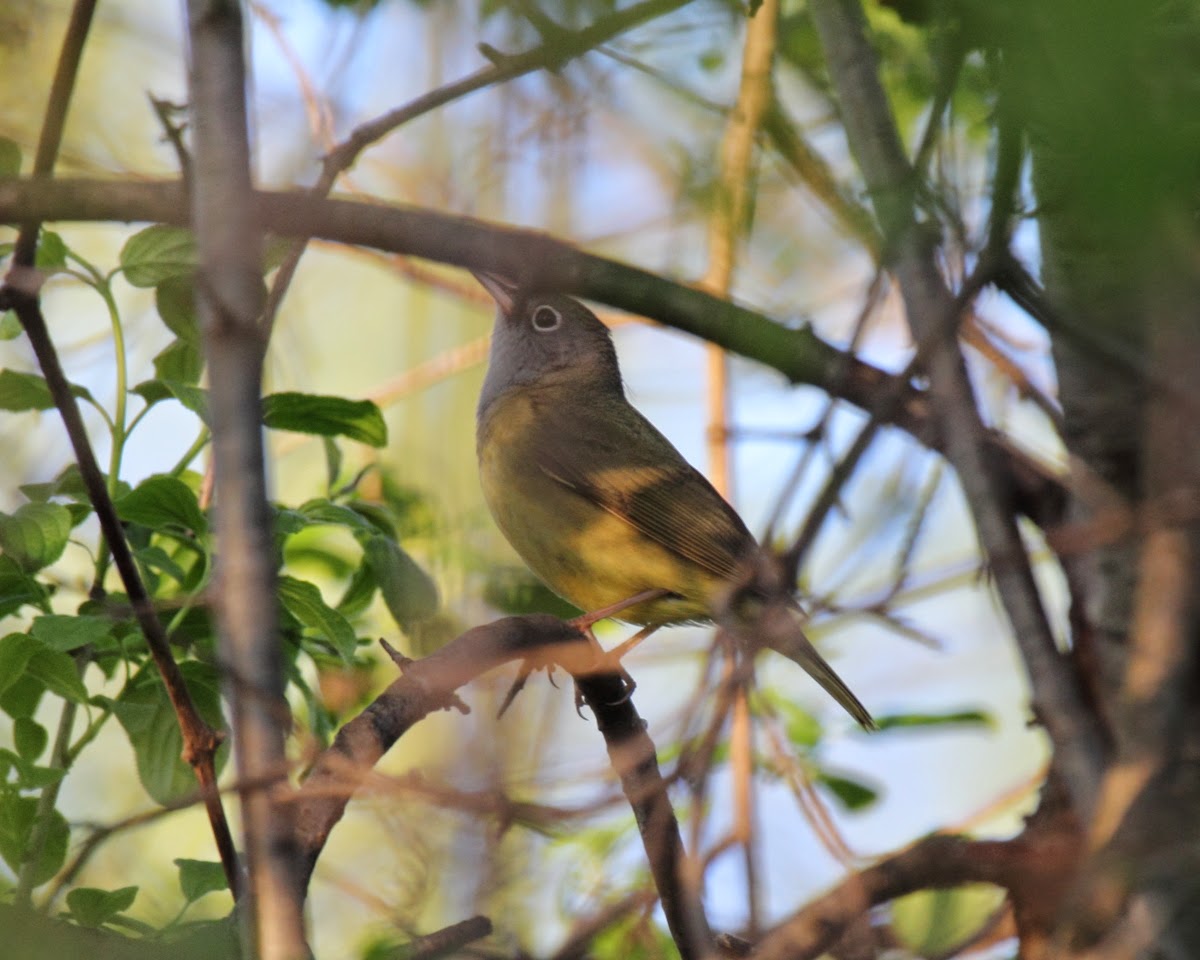 As you can see, he continued singing even after I finally located him visually. It occurred to me that I should try to capture the sound so I switched over to video mode and managed one song before he decided he had had enough of this human crawling around following him!

This is probably the first video or song recording of a Connecticut Warbler in Waterloo Region and one of very few documented records there at all. As far as I am aware the only other photo/video/audio records are of one or two banded individuals at rare on the Grand River in Cambridge. Connecticut Warblers tend to be more common during fall migration but their skulky nature make them very difficult to find at that time of the year (when they are silent).
Posted by Mike Burrell at 08:14