Amherst Island is a well-known birding spot for many people. Most people know it as an amazing place to come see winter owls and it also hosts globally significant concentrations of waterfowl, for which it is designated an Important Bird Area. But the island is also a great spot for another group - grassland birds. A trip at this time of year will yield dozens of Bobolinks and Eastern Meadowlarks and scattered Upland Sandpipers at a few places. It's really a nice time to visit! And if that's not enough this is one of the best places in Ontario to see Wilson's Phalaropes which nest at the Kingston Field Naturalists' Martin Edwards Reserve.
As of yesterday you can add another reason to visit Amherst Island - a Lark Bunting has been found! Sherri Jensen found it last Thursday and word made it to the broader birding community yesterday. So after work I picked up James Barber and Erica and we made the trip out. We weren't disappointed as he popped up onto the telephone wire and started singing basically as soon as we got out of the car. 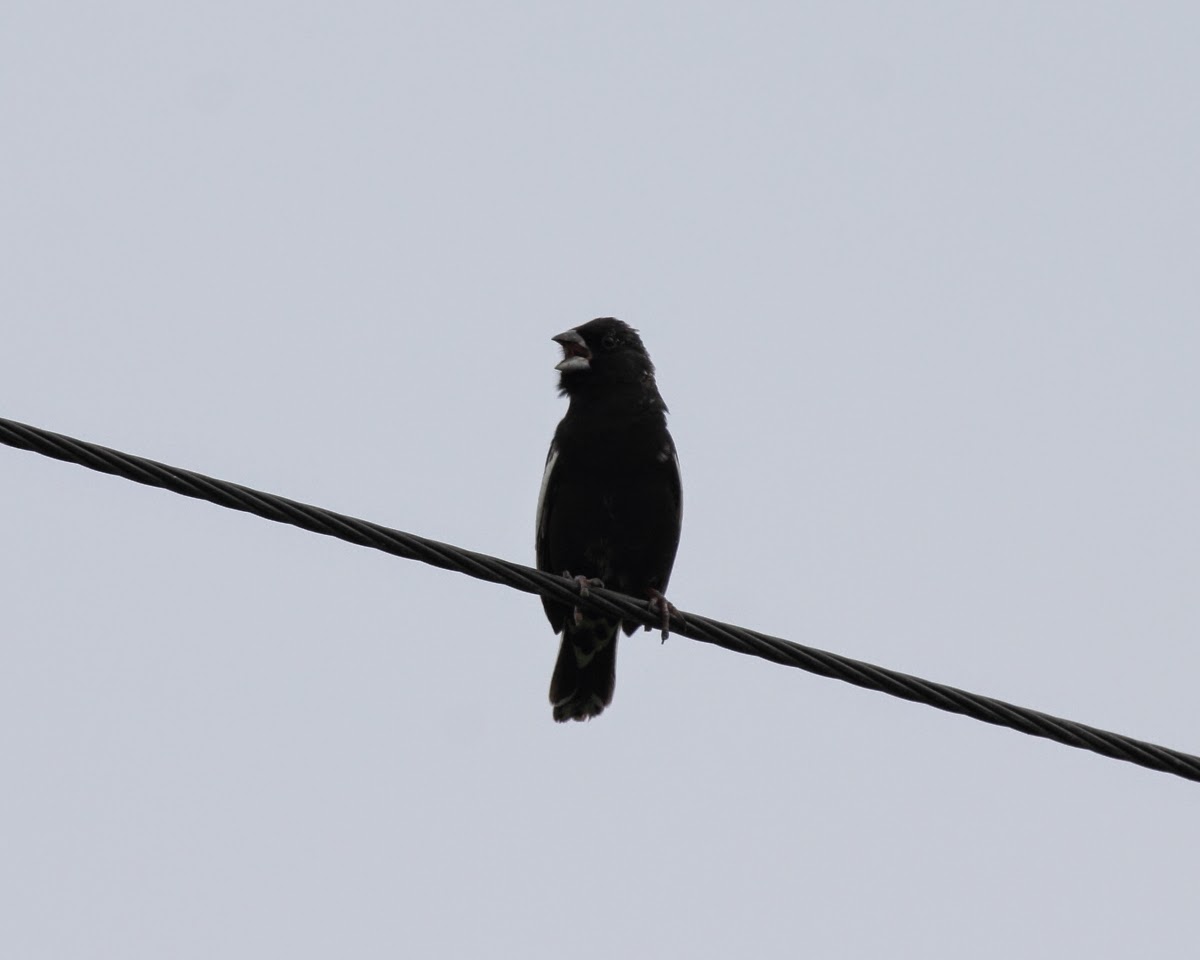 Having never heard a Lark Bunting in person before but it was striking to hear how similar this bird's song was to that of a Northern Cardinal. Check it out in the video below:

Anyways this was a pretty cool little bird. Normally, Lark Buntings are found in the grasslands of central North America - Ontario has 29 records accepted by the OBRC to date. This is my second in as many years having twitched one near Clarendon in northern Frontenac County last May.
Posted by Mike Burrell at 08:56